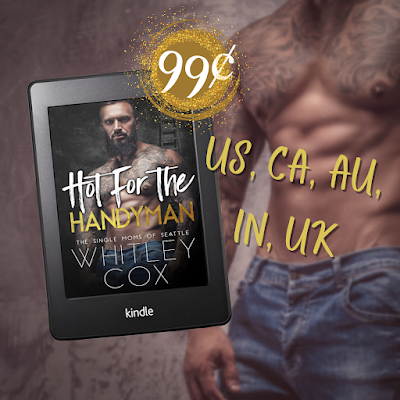 He’s got just the right tool to fix her broken heart …
Welcome to Seattle, the Emerald City and home to The Single Moms of Seattle. Three sexy single ladies who drink a ton of wine every Saturday night, bitch about life, have each other’s backs, are the ultimate mama bears, and hope to one day, just maybe find love again.
This is Bianca’s story …
Bianca’s life is insane.
A single mom to three kids, she moved back to her hometown of Seattle after her husband cheated and knocked up his secretary.
She’s just trying to get to the next day without pulling out her hair.
With a full-time job as a project manager overseeing the renovations on affordable housing, she’s doing her best to put food on the table for her kids while also proving to the world that she can make it on her own—she doesn’t need a man.
She does however, need a handyman.
Cue, Jack.
He rides in on his Harley with his smoldering blue eyes, a beard and sleeves of tattoos to save her from an abusive contractor.
He’s also a handyman. A Jack of all trades.
Is Bianca’s luck finally changing?
But Jack has one condition before he takes the job to finish the renovations on the new four-plex—she cannot fall in love with him.
An easy task for sure, right?
She just needs him to get the units rentable, love isn’t even on her radar.
But Jack’s not just a flickering flame, he’s an inferno and Bianca is drawn to him like a moth—singed wings be damned.
What happens when summer is over, Jack’s job ends, and he rides off into the sunset? Will he take Bianca’s heart with him, or will he stay and save her one last time—from heartbreak?
**Note: This book can be read as a standalone. It includes lots of steamy scenes, cursing, a sexy alpha male, and of course as with all my books, this has an HEA and no cliffhanger or cheating. If you liked my single dad series, then you’ll love this spin-off trilogy. 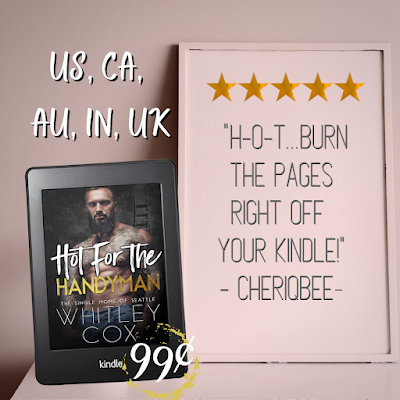 There went those cheeks again.

The prettiest shade of fucking pink he ever did see.

On the prettiest—fuck—the most gorgeous woman he’d ever laid eyes on.

This Bianca—damn, he even loved her name—was the epitome of sensuality, sexuality and spunk, all rolled into light brown eyes, glossy brown hair and curves he wanted to sink his teeth into.

He’d been waiting for her to remember him as the man at the intersection who’d given her a thumbs-up when he caught her dancing in the car, but so far, she hadn’t made the connection.

Her day was rough. He bet she couldn’t remember what she had for breakfast, let alone a man who’d made her cheeks turn that sexy fucking pink as she let loose to Taylor Swift at the red light.

Sputtering, she blinked a bunch of times over those eyes he wanted to see gaze up at him as she fell to her knees and took him in her mouth. “Fall in love with you? You want me to promise not to fall in love with you?” She snorted before tossing her head back with a laugh. “Good one, Jack. I needed a laugh like that today. Thank you.”

“Just doing my job, darlin’,” he said with a big grin he knew was borderline cheesy. “Keeping the boss-lady happy. But seriously, I’m here to work and just for the summer. Try to keep it in your pants when you’re around me, okay? I got a job to do.” He followed up with an even bigger grin and a wink.

Her smile was natural and carefree, and it took her looks from a ten to a fucking twenty. “You always this cocky?”

“Not cocky, darlin’, just funny. Love to make people—women—laugh. Make ’em smile. Too much in this world has you frowning. The patriarchy, wage gap, pants without pockets.”

That got her laughing. “It is a plague we all face. Whoever thought pants without pockets was a good idea …”

“Was probably a man.”

“You’re probably right.” Sighing, she nodded. “I’ll do my best to keep it in my pants with pockets and not fall in love with you. You have my word. Besides, love, romance or anything in between is so far off my radar, it’s invisible to the naked eye.” That last bit was said with a twinge of regret in her tone and made him wonder what her deal was. Divorced? Widowed? In a loveless marriage with a limp-dicked moron? 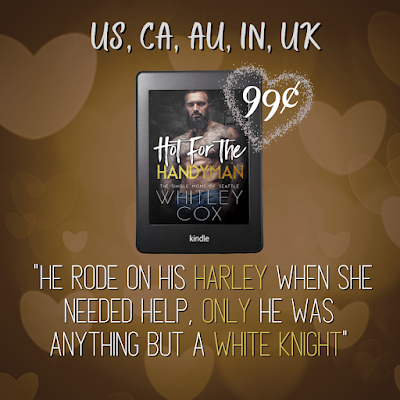 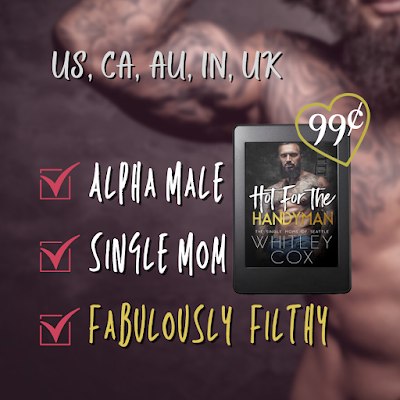 A Canadian West Coast baby born and raised, Whitley is married to her high school sweetheart, and together they have two beautiful daughters and a fluffy dog. She spends her days making food that gets thrown on the floor, vacuuming Cheerios out from under the couch and making sure that the dog food doesn’t end up in the air conditioner. But when nap time comes, and it’s not quite wine o’clock, Whitley sits down, avoids the pile of laundry on the couch, and writes.
A lover of all things decadent; wine, cheese, chocolate and spicy erotic romance, Whitley brings the humorous side of sex, the ridiculous side of relationships and the suspense of everyday life into her stories. With single dads, firefighters, Navy SEALs, mommy wars, body issues, threesomes, bondage and role-playing, Whitley’s books have all the funny and fabulously filthy words you could hope for.

This site uses Akismet to reduce spam. Learn how your comment data is processed.